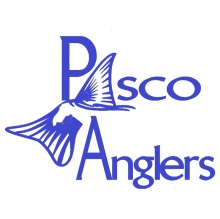 February 13, 2021
This event was cancelled due to weather.
It will be rescheduled.

This is a private tournament for the Pasco Anglers. A Coupon Code is required for registration in this tournament. Registrations for non-members will be removed.

The purpose of our club is to promote and encourage youth fishing through education of fishing techniques, ethics, sportsmanship, and conservation

The saltwater tournament will be an in-shore on the west coast of Florida.