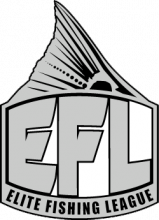 
Congratulations to Mark Robinson for winning the Compadres Challenge and is moving on to the tour championship. The Tidewater Boats Elite Fishing League, presented by Yamaha Outboards completed the elimination rounds this afternoon with Mark fighting off a very competitive field of top anglers under conditions that found the bite tough, few and far between.

The Next level in Reality Sport Television is Here!

Round 2: The Tidewater Tour Championship, presented by Yamaha Outboards will feature the 5 round winners from the season long series of events competing head to head for a chance at the $75,000.00 first place Tidewater, Yamaha McClain Trailers top prize and the title of top redfish pro in the nation.

Official Lines in for Day 2