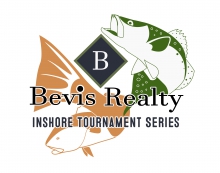 Our club was founded in 2001 by a group of local anglers to bring family fun and competition to the sport they love. We hold monthly tournaments from February thru November with an average of 40-50 anglers per tournament. Kids are welcome and encouraged as kids 15 and under fish for FREE!!

Teams may consist of up to four members.

Each additional angler non-member must pay a $5 non-member fee. (This fee will go toward the 90% payout with 10% being held in reserve for the Angler of The Year Purse and will not go toward a membership purchased at a later date.).

All entry fees must be paid either in person or by our site and Paypal by set safe light time. Time for Paypal will be based on time email is received from Paypal. It is the participants responsibility to ensure that they are registered on time by confirming with the tournament director.

Tournament Starts (Safe daylight, as determined by the Tournament Director.

Safe daylight is defined as 30 minutes before sunrise. This time will be posted on bigbendfishing.net, nfgfc.org, and mentioned at the Thursday meeting before the tournament each month.