Watch a professional bass tournament on television and you'll notice a swarm of fan boats surrounding the best anglers. Each time the angler catches a fish, he trusts the trophy over his heard, yells, "Whoo!! and the spectators cheer. Fans of kayak fishing tournaments now have an easier way to follow the action. New smartphone applications allow a tournament angler to catch, photograph, release and share his catch in real time. Fans can follow the action the way they do NASCAR. 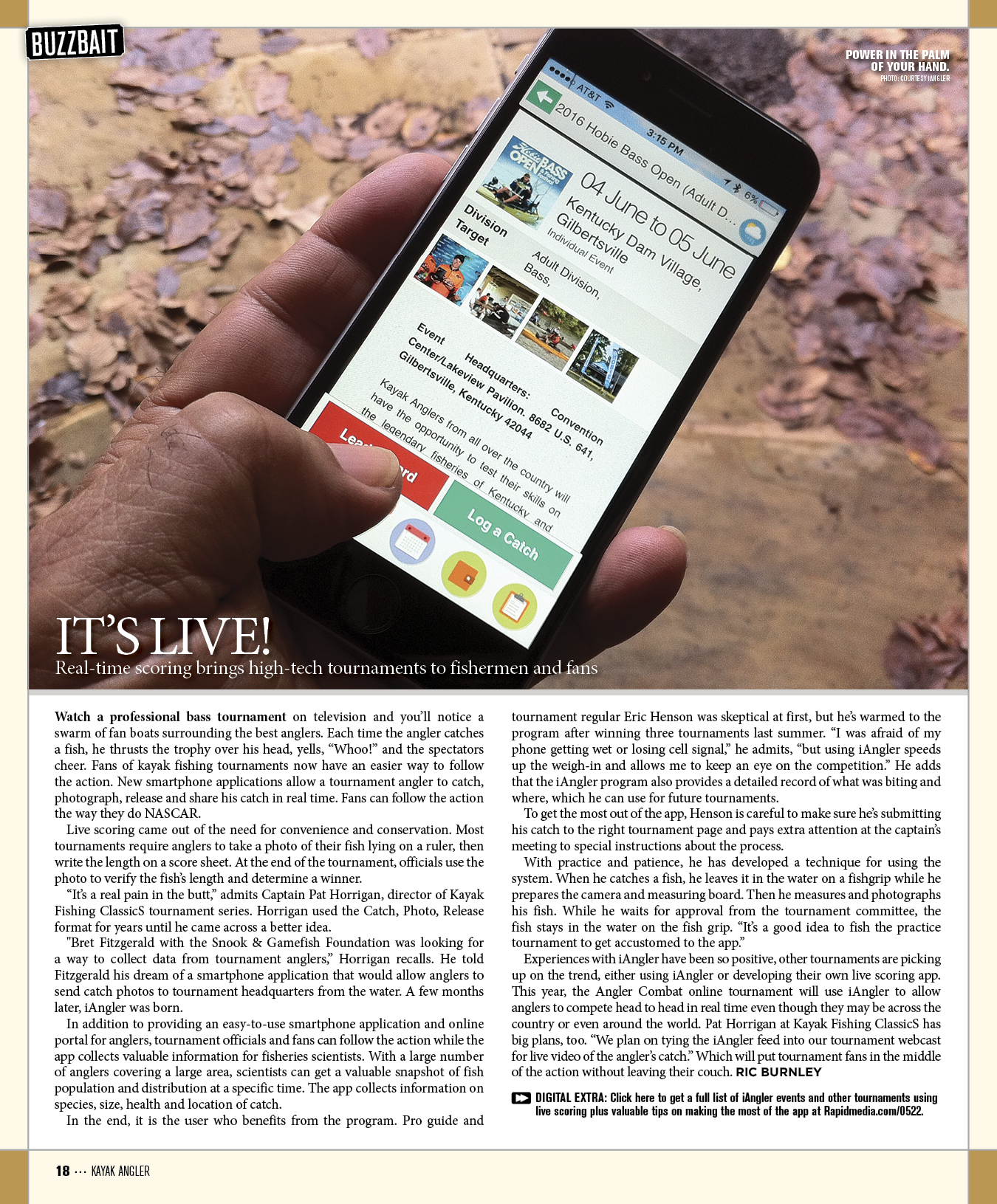